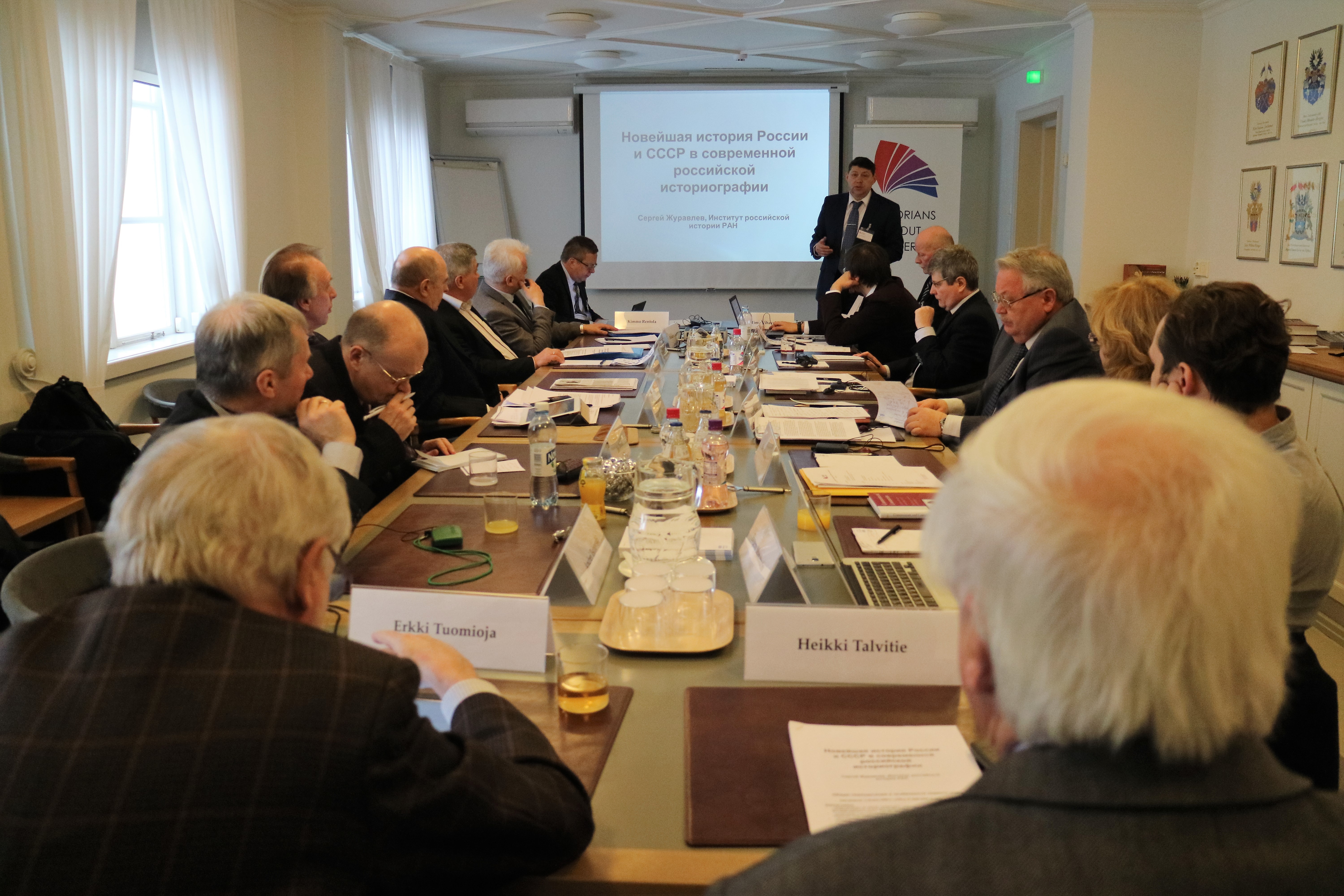 Historians without Borders in Finland hosted on January 30th in Königstedt Manor, near Helsinki, a meeting with five Russian and five Ukrainian well-known historians to discuss issues of history under the heading Analyzing the 20th Century in Ukrainian and Russian historiography today. On Sunday evening the Minister for Foreign Affairs Timo Soini hosted a dinner for the participants. You can read Minister Soini’s remarks at the Foreign Ministry’s website.

While there are significant differences in interpretations of the common history of the two countries the historians at the meeting agreed that this underlines the need for continuing a dialogue between historians from both countries in order to promote more mutual understanding and prevent the misuse of history to foster conflicts. Possibilities for common historiographical projects were also discussed at the meeting.

Historians without Borders will continue to facilitate the continuation and broadening of this dialogue.