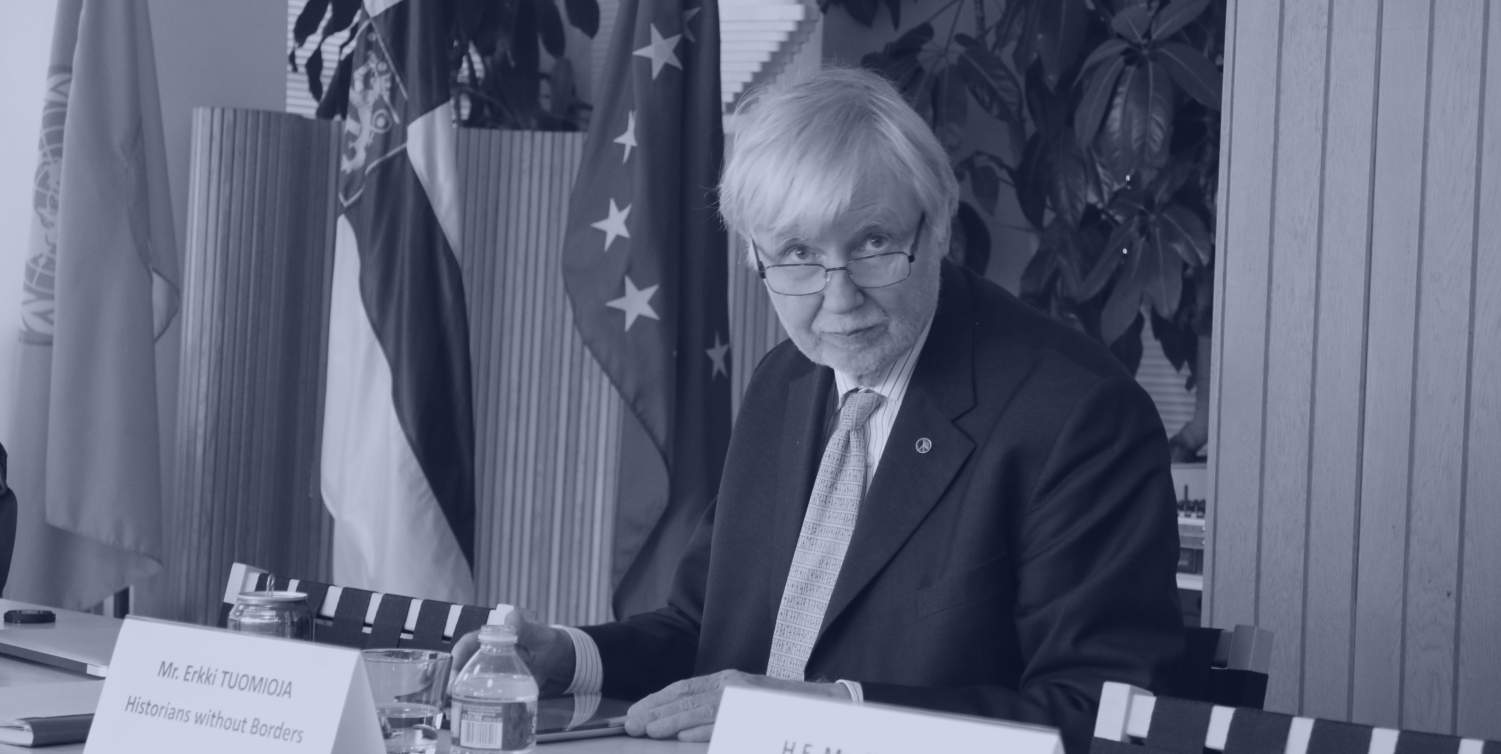 A significant part and maybe even a majority of all conflicts have economic and social causes. Social discrimination and unequal access to economic resources are also at work in most ethnic, religious and other conflicts where groups with different identities are pitted against each other.

When addressing the issues of economic development, conflicts and history we cannot ignore colonialism. At its heyday, the colonial carve-up of the world was almost global.  At the end of the Second World War most of the land in maps of the world was still painted in the pink of the British Empire, the purple of the French realm and other colours of the colonial powers.

Today we can take a critical look at its legacy, which varied, on balance, from at best benign neglect to the absolutely dreadful, the latter mostly where the colonial masters tried to retain their colonies with force when faced with national liberation movements demanding independence.

The lasting legacy of colonialism can be seen on every world map where many of the borders were originally drawn at the Berlin Conference in 1878 and other colonial events. It is also true that efforts by the colonial powers to retain their influence after their colonies had achieved independence certainly continued in the guise of neo-colonialism.

Colonial history, or the history of colonialism, has almost exclusively been written by historians either from the former colonial powers or the former colonies. Understanding the present and successful planning for the future calls not only for knowing the past, but also recognizing the different narratives of the past in order to build common understanding and to prevent the misuse of history for sustaining and creating conflicts. This is something we hope our Historians without Borders Network can contribute to.

It is right to conclude that colonialism and neo-colonialism have no defence. It is also necessary to recognize that the legacy of the colonial era is still relevant, for example, in the discourse on who bears the heaviest responsibility for centuries of unfettered greenhouse gas emissions and the consequent burden sharing to limit climate change. This is surely one of the most important arguments complicating climate change negotiations.

At the same time there should also be an expiry date after which colonialism and neo-colonialism should no longer be accepted as excuses for most failures in the developing countries, fifty years after the main bulk of colonies became independent.

This conclusion is supported by the observation, that it is usually the most corrupt and dictatorial leaders in Africa and elsewhere who have been the loudest in their condemnation of colonialism as the cause of all their countries’ failures, while they themselves have been very adept at embracing all the colonial examples of rapacious expropriation, stifling dissent and trampling human rights.

During the sixties it became fashionable to talk about the Third World as the underdeveloped countries were referred to. The most important and prominent institution of the Third World countries is the G 77 or “G 77 and China” as it is now called which was founded in 1964 at the United Nations Conference on Trade and Development (UNCTAD) by 77 developing countries.

Some countries, like Mexico and South Korea, have left the G 77 to join the “other side” and became members of the industrialized countries’ Organisation for Economic Cooperation and Development OECD already in 1994 and 1996 respectively.

The G 77 has always been a rather heterogenic group united only in its determination to confront the First World rich. Angling for aid and trade concessions from the developed countries is the raison d’être of the G 77, but even this glue has been diluted as more and more countries in the group have growing diverging interests which cut across any simple North/South division lines.

The complexity of different subgroups within the G 77 is particularly clearly to be seen on climate change issues where many groupings such as the Least Developed Countries (LDCs), AOSIS – the small islands group most directly vulnerable as climate change proceeds – and the BASIC group (Brazil, South Africa, India and China) have different priorities and agendas.

In the 60´s and 70’s it was easy to think of the world as being divided into the rich North and poor South. The continued existence of abject poverty and its geographical concentration in the South is still true, but does not justify the continued adherence to a simplified North/South division.

We should recognize how within a few decades hundreds of millions of people have been lifted out of abject poverty and from living in the shadow of recurring famines, particularly in China and India and elsewhere in Asia. Huge progress has also been seen in Brazil, which can point to the best results in poverty reduction the world has seen during the last decade.

Within the G 77 there is a clear stratification. The Least Developed Countries (LDCs) were recognized as a specific group in 1971 comprising 48 countries today. Some of the original LDCs have graduated from the group. Most G 77 countries today are classified as Middle-Income Countries (MICs). This group too covers a wide income range, with the highest income MIC having a per capita income 10 times that of the lowest.

Moreover not all of the poorest people live in the LDCs. The MICs are home to one-third of people across the globe living on less than $ 2 per day. Pockets of the kind of poverty usually associated with the Third World can also be found in countries of the wealthiest group. Income distribution within regions and countries, which has tended to develop in a more unequal direction, is an increasingly important indicator for assessing the success or failure of development efforts.

This is actually what we are witnessing in the world today, albeit not primarily in the former third world, but in the first one, with many varieties of rampant nationalism, fundamentalism and populism. The only thing they have in common is that their simplistic solutions with an emphasis on closing minds and borders are unworkable in our world characterized by growing interdependence.

We tend to overlook that there are three pillars for sustainable development: the ecological, economic and social. Obviously lack of ecological sustainability is the most urgent with the climate change and diminishing biodiversity we are witnessing, but social unsustainability cannot be ignored either.

China, with a population of 1,3 billion people and a nominal GDP of 10,9 trillion US dollars soon set to overtake that of the United States, will play an increasingly vital role for the world future, for good or bad. Chinese companies are increasingly global actors hungrily searching for investment opportunities world-wide, mostly but not only in natural resources.

With the election of Donald Trump as the “America First” president of the United States on a program promising border controls, walls, protectionism and threatening trade wars with almost anyone, China’s president Xi was able to present his country as the champion of free trade and globalisation reversing the traditional roles of their countries.

Whether we will see a return to global trade wars is still, I hope, unlikely. Looking back at history trade wars have a high correlation with real wars, and have never actually enriched anyone but caused great economic losses and suffering.

Erkki Tuomioja
Chairman of the Board
Historians without Borders in Finland