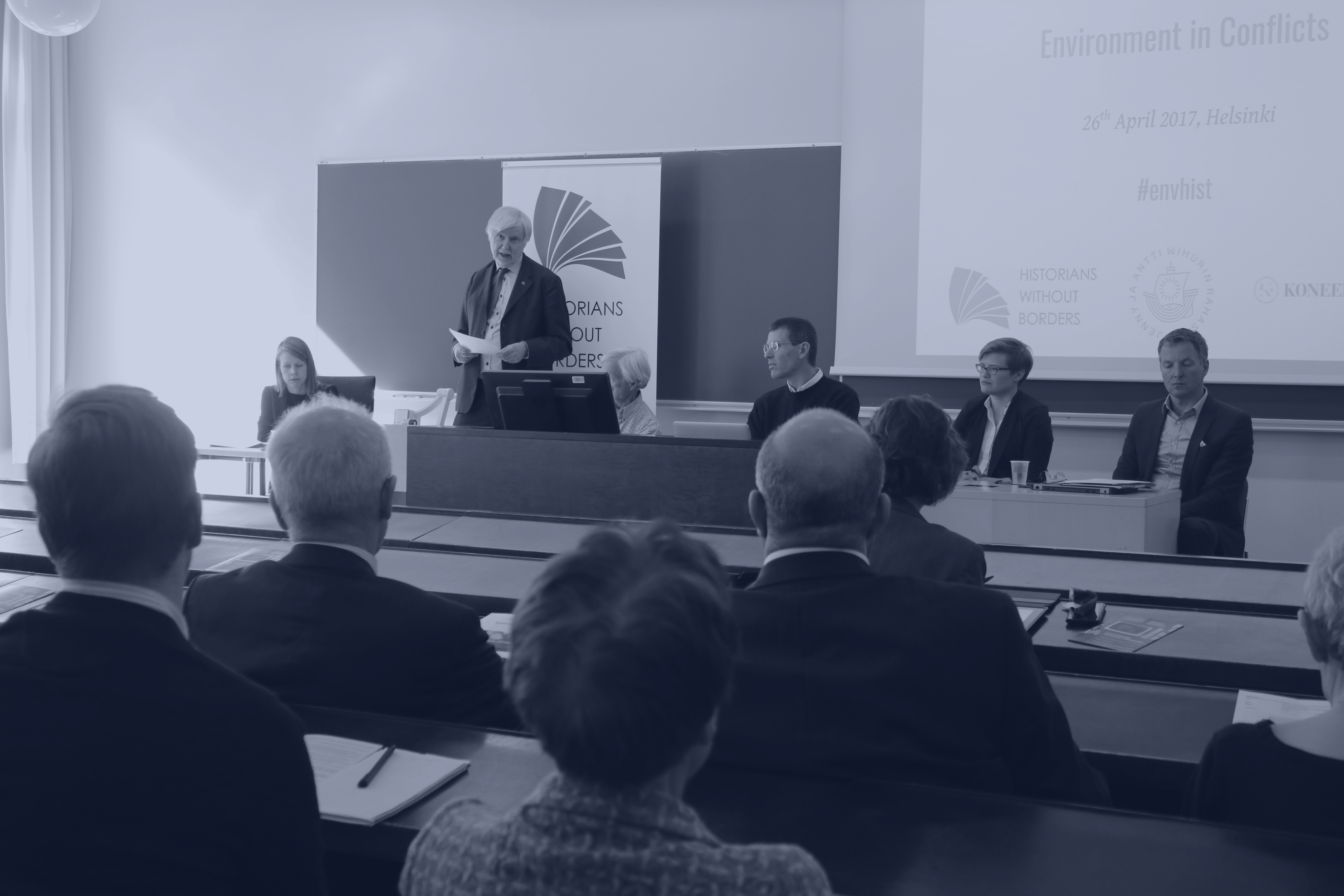 10 May Victim or Cause? Environment in Conflicts

Posted at 15:40h in Blog, Yleinen by Senja Vuolanne
0 Likes

I think historians should approach today’s subject in a suitably humble frame of mind. With few exceptions – I am thinking for example of Emmanuel Le Roy Ladurie and his path-breaking History of the world’s climate from the year 1000 on – historians have woken up quite late to environmental history, but like mentality, cultural, social or gender history it is finding its place and role in general history.

To answer the question in the title: environment has always been a victim in all conflicts and wars and it would be the biggest victim if a thermo-nuclear WW III was ever started.

But it is increasingly recognized as a cause too.

To put the issue in perspective: although historians are always reminding us of how important it is to study history and learn from it, so as not to repeat it, we should also warn against applying methods and standards which are no longer enough to understand today’s world.

During my lifetime we have seen a more than threefold growth of the world’s population from 2,3 billion at the end of WW II to 7,5 billion today. It was only in 1800 that the first billon was reached and the second in 1927.

Population growth has irrevocably changed the world and poses two major challenges: 1) how to organize humankind’s relations with the natural environment in a manner which is compatible with sustainable development and ends the unsustainable way we have interacted with nature from about the beginning of the industrial revolution; and 2) how to organize the interaction between human populations – states and nations – in a world inhabited by perhaps 10 billion people before the end of this century?

Here history can give us more wrong answers than right ones, because we have never had this many people living in total interdepency with each other, like it or not, meaning that we can have no historical experience and knowledge of how to do this, because we have never lived in this kind of world before. What we can see, however, is that many of the ways we have managed our collective living in the past and which may have been workable at least for some periods of time in a world still inhabited by a few hundred million people or perhaps even a quarter of today’s population, are no longer workable in a world of 10 billion people.

HWB hopes to mobilize the knowledge and experience of historians to support conflict prevention and help in conflict resolution. Given the way which the environment will be increasingly a causal factor in conflict this also calls for historians to broaden their approach so as to be better able to understand an describe the role of the environment and, hopefully, be also able to make some prescriptions for how to deal with this.

Erkki Tuomioja
Chairman of the Board
Historians without Borders in Finland