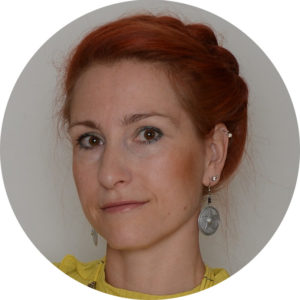 When building justice in our time, wisdom begins by understanding the past.

Violence researcher and historian Satu Lidman holds the title of Docent in History of Criminal Justice at the University of Turku Faculty of Law. In her research, she has focused on gender-based violence, violence against children, penal systems and shame both in historical and present-day contexts. Satu’s book on the legacy of the culture of violence was nominated as a candidate for the Academic Book of the Year in Finland in 2015. In 2017, Satu co-edited a compilation book on ethics of historical research.

“When building justice in our time, wisdom begins by understanding the past”, Satu says and continues: “a historian’s work is to increase our understanding of the past and the present. Yet this should not be confused with acceptance”. The past and our time are both present in Satu’s research. “Researching painful and traumatic issues should be done responsibly, especially when there are ties to ongoing debates. Historians possess a valuable chance to make a difference in the society. They can help decision-makers see historically built symbolic meanings which still have an effect on part of people’s experiences.”

Satu joined HWB Finland after the founding meeting in summer 2015 and has been a member of our board since 2016.  The aspect of gender and women’s potential in conflict resolution efforts need to be taken into account also in peace mediation work. It is important to me that this was also highlighted in the Declaration of Historians without Borders”, says Satu.

In October 2016 Satu chaired our public discussion on how to prevent honour-related violence. The panel was also included in the list of 100 Acts of Equality compiled by the Finnish National Council of Women. In her 2015 book, Legacy of the Culture of Violence. Gender, Attitudes and History (Väkivaltakulttuurin perintö. Sukupuoli, asenteet ja historia), Satu also examines the deep roots of inter-partner violence and sexual violence in the European culture: ”The patriarchy, which leads to the control of women and girls in the societies, also delimits the agency of men and boys. Narrow gender roles that are defined by traditions and pre-existing norms hinder all individuals’ possibilities to reach their full potential.”